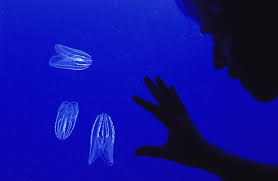 1. Comb jellyfish can regenerate their brains. Extensive research is being done into their ability and the effect it may have on Alzheimer’s.  http://www.newsmax.com/Health/Health-News/cure-neurodegenerative-diseases-Parkinsons/2014/05/22/id/572867/

2. Ever heard of a snail fur? It is a tiny marine creature so small that it is often referred to as a “living hair”.  They grow on other crustaceans as pictured above. Each snail fur has 1 foot, a trunk and a head at the end of a long tentacle. Snail fur may lose their heads to larger marine life searching for food.  No problem! Snail fur’s heads regenerate intact and fully functional within 3-4 days. Regeneration researchers are examining the possibility that all creatures including humans have inherit rejuvenating properties lying dormant within based on the sea fur’s ability.  http://www.bbc.com/future/story/20141009-the-animal-that-regrows-its-head

3. A conch is an algae eating large edible snail. Their shells are often kept as treasures by those who like to hold them to their ears listening to the ocean sounds which seem to come from inside. Their fascinating eyes are on tentacles which cannot be fully retracted into their shells. If lost conch eyes regenerate within 2 weeks.   http://www.divephotoguide.com/underwater-photography-special-features/article/critter-corner-conch-eyes/

4. One of the most endangered species in the world is the axolotl a salamander now found only in Lake Xochimilco in Mexico. Considered a delicacy these little cuties can regenerate not only limbs and tails, lower jaws and spinal columns but also organs such as hearts and brains. Research reveals that axolotl’s rejuvenation is achieved by the creation of new neurons and nerve connections which in one form or another is the basis behind all regeneration processes.  http://www.spiegel.de/international/zeitgeist/miracle-healer-scientists-attempt-to-crack-secret-code-of-the-axolotl-a-732283.html 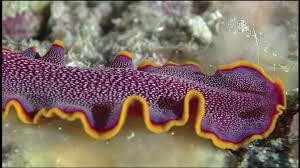 5. Flat worms cut into pieces regenerate with each piece creating a new worm. Where once there was one worm there can then be 2 or more.  This is a drastic means of asexual reproduction.           http//www.factmonster.com/ipka/A0768606.html 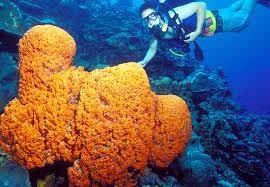 6. Live sponges are not plants but are often thought to be because of their appearance and lack of organs. Sponges function without hearts, kidneys, livers and other organs. Injured sponges losing body mass will regenerate being as good as new. Pieces broken off even minute in size will make every effort to reassemble.  If successfully reassembled these particles create a brand new sponge. This method of asexual reproduction is referred to as the gemmule process.  http://tolweb.org/treehouses/?treehouse_id=4291

7. Spiders recreate new legs as long as they are molting (shedding and regenerating new skin). Once they reach an age where this process stops losing a leg becomes a permanent loss. http://sgmacro.blogspot.com/2013/07/spider-leg-regeneration.html 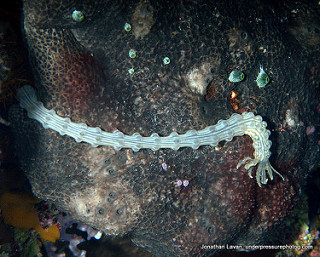 8. The sea cucumber feeling trapped or fearing death expels its own body parts as sticky goo entangling the intruder. This mysterious creature then regenerates its expelled parts. Wow!  http://wps.prenhall.com/esm_audesirk_bloe_7/17/4463/1142702.cw/index.html

9. Pig bladder concoctions both powdered and injectable have scientifically been proven to regenerate human finger tips and large muscle masses. Did that say pig bladder? Yes! You read it right. http://discovermagazine.com/2011/jul-aug/13-how-pig-guts-became-hope-regenerating-human-limbs 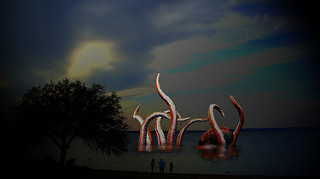 11. An octopus can regenerate a lost arm where a starfish’s lost arm can regenerate an entire new starfish. Don’t tell the octopus.  http://blogs.scientificamerican.com/octopus-chronicles/how-octopus-arms-regenerate-with-ease/

Many reptiles and amphibians can regenerate lost limbs and tails. Newts, lizards, salamanders, skinks, squid and others are among the fortunate regenerators. A Skink

Large mammals do very little regeneration. However antlers fall off and regenerate. Horns that are broken can regrow like fingernails, toenails, hair and hooves. What is the difference?  Regeneration is the replacement of a hurt or missing part. Growth is the extension of an existing one.

Asexual reproduction is another form of regeneration.  With asexual reproduction an individual parent creature produces an offspring that is a genetic replica of itself. There are several methods Hydras are tiny fresh water invertebrates with a tube like body and tentacles around their mouth that practice budding which is a method where the offspring grows within a sole parent.  A Hydra 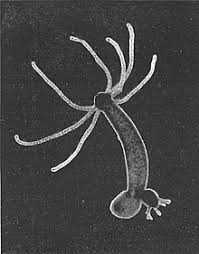 Gemmules like sponges practice the act of dropping a specific mass of cells which form an offspring. Another asexual method is fragmentation where the parent breaks into segments and the segments each form a replica as with worms. A gemmule

Taking all of this into account it seems possible that researchers may in the next 20-50 years be capable of enabling the human body to regenerate organs like the liver, heart or lungs and beyond. Remember anything is possible.

What Time is It?