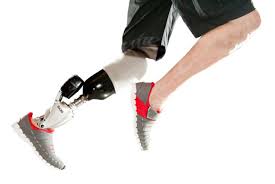 Biological neural network  “Bionics” is the science which combines biological organs to technological interfaces. This direct interface technique uses a BNN (biological neural network. Some aspects of this technology are not new. The first heart pacemaker was implanted in 1960.  The older technology used electrodes to stimulate and manipulate existing biological organs. The pacemaker uses electrodes giving the heart muscle a mild electrical shock to stimulate a more consistent heart rhythm. The latest advancements use the direct neurological interface.  Technology has reached a level of sophistication allowing electrodes to be directly interfaced to human nerve tissue.  This direct interface uses what is known as biological neural networking. BNN has the ability to respond to thought. This process is known as open loop. It has the ability to stimulate feedback, known as closed loop. An individual who has a BNN closed loop artificial limb will have feeling in the limb. Imagine an artificial leg allowing the user to feel when he steps on a pebble.The Bnn is interfaced in the different methods of: interface to biology, biology to interface and biology to interface to biology.

Input-open loop BNN is a process called interface to biology and is the use of an electronic device to stimulate existing nerves. This is the first component of a BNN  interface and the simplest form of bionics. This is the oldest and most tested of bionic applications. The first example of of this procedure is the pacemaker. Devices have been implanted to stimulate hearing, sight, bladder control and breathing.

The second example of interface biology allows people without sight to see. Many blinding disorders are due to photoreceptor or outer retinal degeneration or destruction.  Lab experiments and clinical trials have been done in blind patients.  Results show that in an otherwise totally blind eye, controlled electrical stimulation in patterns can produce vision compatible with limited mobility and can generate shapes in the forms of large letters. These patients also often describe seeing color and direct movement.

A third example is for use in urogenital control. This is extremely useful for individuals with spinal cord injury (SCI). The function of this type of prosthesis is to aid in bladder control.

The last example is the breathing pacemaker. These are designed to improve the life of people with ailments such as: SCI or disease, including quadriplegia,  central alveolar hypoventilation, decreased day or night ventilator drive (i.e. sleep apnea, Ondine’s Curse, brain stem injury or disease, including co-morbidity of hiccups, diaphragm myoclonus and diaphragmatic/phrenic nerve stimulator that provides support for patients with chronic ventilator insufficiency whose diaphragm, lungs and phrenic nerves have residual function.

Output-open loop is the process of biology to interface allowing the subject to interact directly with the device. The emergence of this technology involves allowing the patient to interact directly with a computer or electronic device. This is the second component of a BNN interface and is connected primarily with human output.  The major output that researchers are working to integrate is communication.The main purpose of this process is to provide speech where it would otherwise be impossible.

Input and out-closed loop is the process of biology to interface biology. This process is used in artificial limbs. These devices incorporate the other two types of interfaces into one technological miracle.  This system receives signals from the neurological system and processes those signals into movement, then sends a sensory signal back to the biological neural system that movement was successful. These actions stimulate actual feeling in some cases subjects with severed spinal columns have been able to move both legs. Much once thought impossible grows more possible by the moment.

Choose the bread of your choice toasted or fresh 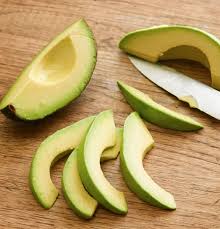